Going With Your Gut: The Link Between Digestion and Mental Health

While the saying, “trust your gut” is an old fashioned adage, it actually does have some scientific credence.

Did you know that your digestive tract has a vast network of nerve cells equally as complex as your brain? Gastroenterologists refer to this matrix as the enteric nervous system (ENS), a framework composed of millions of nerve cells lining the digestive tract in two layers. The ENS controls the movement of food through the esophagus and the absorption of nutrients in the stomach and intestines. While it may not contribute much to higher cognitive function, veritable research the belief that the ENS directly communicates with the brain.

Gastroenterologists believe that, “the two brains” of the body should both be taken into consideration when treating a patient for mental health affections or more serious mood disorders, especially if they suffer from a gastric disease such as irritable bowel syndrome (IBS). Have you ever eaten something which you know irritates your stomach, and later felt cramping and a mental urge to go to the bathroom? That situation is a prime example of your brain and ENS communicating with each other! 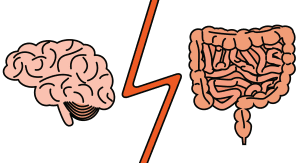 Many people with functional GI disorders perceive pain for acutely than other people do because their brains are more responsive to pain signals from the GI tract,” according to Harvard Health Publishing. “Stress can make the existing pain seem even worse.”

Indeed, the intricate nature of the brain-gut interface points to a strong correlation between mental health fluctuations and gastric disorders. “A higher than normal percentage of people with IBS an functional bowel problems develop depression and anxiety.” notes Jay Pasricha, MD, Director of Johns Hopkins Center for Neurogastroenterology.

Why is this important?

As mentioned before, the ENS is found in the lining of the digestive tract. When certain foods irritate the mucosa layer, large proteins may “leak out” and slip into the bloodstream while directly triggering the nerve cells in the intestinal lining. Inflammation of the ENS has been linked to celiac disease, major depression, and psychiatric co-morbidities. A consistently aggravating diet means that the ENS is under regular stress as the stomach struggles to keep up with the damage to its lining. 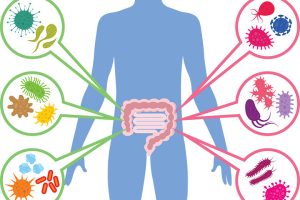 Ergo, as these distress signals are sent directly to our brain, our diets constitute a large role in our own mental health awareness. Italian Gastroenterologist, Mauro Giuffrè, notes that “Gut microbiota can alter sleep cycles through the systemic production of inflammatory cytokines, which have been proven to alter non-REM sleep, cortisol, and norepinephrine production.” Foods that are low in nutrition can increase fatigue and chronic pain.

Thankfully, St. Joseph Hospital Gastroenterology has a dedicated team of experts that work together to prevent, diagnose, and treat any issues you may be experiencing with your digestive tract. For more information on the services that we offer, click here.